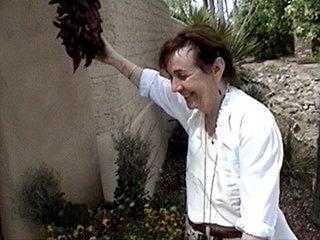 Various honours for poetry including Archibald Lampman Award for Poetry 1993;

Marianne’s view on poetry which appeared in Poetry and Spiritual Practice (Selections from Contemporary Canadian Poets), edited by Susan McCaslin for the St. Thomas Poetry Series, 2002:

“Poetry moves me to a kind of reverence - not all of it, but much of the best of it. When I engage with poetry, I become contemplative and mystically transported to a deeper awareness, to a kind of enlivened, prayerful consciousness; and to gratitude. I've always had a gift for it, but thought poetry too frivolous a knack to employ me fully. It was only when I was in my late thirties that I came to see this talent as God-given, i.e. what I was born to do. Before that, it had seemed almost a vice (for which I stole time from duties, and which I practised with such intense pleasure that I thought it, quite probably, immoral).

Poetry soothes and heals me, as I am constantly overwhelmed and often undone by feelings and perceptions. The images and phrases present themselves. I jot them down as a secretary would dictation, and then delight to tinker until they seem perfect. I never could untangle my religious practice of prayerful consciousness, from the articulations themselves. All I am any good at is poems. I have cried to the silent unmoved, unmoving heart of the void: "o Pivot of all, invisible, inviolable Lord, I am lost. Describe my wayward footsteps, in some figure of your dance; guide my track of agitation, in this cycle of distress. And bless my black unknowing: Christ make sense of this stammered evidence I suffer from, the wound of consciousness".

In poetry I am always talking to 'the Other' with a kind of certainty that I am heard; and reporting on present things, however distressing they be.”

A selecton of Marianne’s haiku and tanka:

springtime on the bayou

in the Texas night

resting my oars I glide

shut tight I can see

how the living burn

in her six-year old