“Its real value is not in its physical directness but in its psychological indirectness… not in what is said but what is suggested…written in the spaces between the lines.”

(“Japanese Hokkus” – an essay by L.G. Alexander in the 1923 December issue of The Crisis) 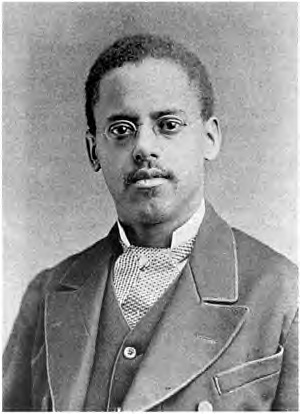 Lewis Grandison Alexander was an American poet, actor, playwright, and costume designer who lived in Washington, D.C. and had strong ties to the Harlem Renaissance period in New York. He was born on 4 July 1900. Alexander first expressed interest in poetry at the age of 17, specializing in Japanese forms including haiku, hokku, and tanka.  Alexander went on to study at Howard University in Washington D.C. where he was an active member of the Howard Players, the school's theatre group. He later continued his studies at the University of Pennsylvania. Alexander is one of few Black American poets to write in these styles. In Nellie R. Bright’s review of Caroling Dusk, she states “There are not enough English forms to satisfy Lewis Alexander, for having tried them he turns to two very interesting Japanese forms, the hokku and the tanka.” (The Carolina Magazine, May 1928, p. 43) Charles S. Johnson states in an essay that “Alexander, interesting enough, has been most successful with his Japanese Hokku poems.” (The Carolina Magazine, May 1927, p. 47) After participating in the theatre while attending Howard University, Alexander joined the play writer’s circle of Washington D.C. There, he directed all the plays put on the Randall Community Center in Washington as well as all the plays put on by the Ira Aldridge Players. As a member of the Ethiopian Art Theatre, during the 1922-23season, he appeared in Salome and The Comedy of Errors on Broadway.

Alexander did not live in Harlem, but he contributed to the Harlem Renaissance movement. Along with many other black poets, his goal was to share his life experiences through literature. He was actively learning, sharing, and producing ideas to create a movement. Good examples of Alexander’s notoriety as a poet are his publications in many popular journals and magazines. Throughout his career, he was published regularly with other major Harlem Renaissance. Alexander wrote an article on the topic of Japanese hokku that was published, along with two of his poems, in the December 1923 edition of The Crisis. He was published several times in Opportunity: Journal of Negro Life, a popular literary magazine associated with the Harlem Renaissance edited by Charles S. Johnson, from 1925 to 1929. His works were also published outside of the United States. In October 1926, he appeared in the issue The Palms, a poetic journal in Mexico, which included "A Collection of Japanese Hokku" and "Dream Song". In 1927, Alexander, along with many other poets and writers (most notably Langston Hughes), set out to create a literary quarterly - the magazine Fire!!! in order to express the Black experience in America. Although this publication of the magazine wasn't successful, that didn't stop him from getting his voice heard. Using his talent, he travelled around the country and joined many literary circles. He was praised for his work at the University of North Carolina and served as an editor of The Carolina Magazine. His work was included in the anthologies The New Negro, edited by Alain Locke, Ebony and Topaz, edited by Charles S. Johnson, and Caroling Dusk, edited by Countee Cullen. Sadly Lewis Grandison Alexander died at an early age in 1945.

Up and down a chain of moods

My soul is the wind

Dashing down fields of Autumn:

O, too swift to sing.

I shall spend my moods

And die without moods.

My ears burn for speech

And you lie cold and silent.

Look at the white moon

The sphinx does not question more.

Turn away your eyes.

The poetry of life?

NO, the picture of my dreams

Flashing on my heart.

I came as a shadow,

I stand now a light;

The depth of my darkness

My soul is a nocturne

Each note is a star;

The light will not blind you

So look where you are.

The radiance is soothing.

There's warmth in the light.

I came as a shadow,

To dazzle your night!

Cullen, Countee (editor). Caroling Dusk: An Anthology of Verse by Black Poets of the Twenties. New York: Harper and Row, 1973.