Haiku "is a way of connecting to the universe. A little song. A postcard to God. . . . There are as many ways [to write haiku] as there are stars, yet only one really matters—your own." 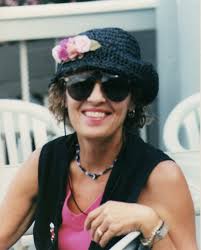 Susan Marie LaVallée was born in Santa Monica, California in 1950. Following a Catholic school education, she achieved a BA in English, an MA in Education, and teaching credentials in English and Psychology from UCLA.  She taught for many years in elementary schools in California and Hawaii and gave poetry and creative writing lectures, including haiku workshops. In her youth she travelled extensively throughout the United States, Canada, and Europe. She fell in love with the Hawaii islands and moved to Kailua in 1987. Susan Marie published five books of poetry and her haiku, senryu, and tanka had increasingly been appearing in print as well. She was especially proud of being elected Regional Coordinator for the Haiku Society of America's Hawaii/Pacific Rim/Guam Region for 2010-2011 and she also served as a haiku contest judge.

Susan Marie wrote about her passion for writing in one of her published poetry books..."I will write until my breath turns to vapor and my flesh to bone..." She did not fuss over her illness and continued to write daily. Sadly she passed away of lung cancer on 27 October 2011.

Silence
under the bird
unhatched eggs

chasing butterflies
a faint breeze rises
with the thunder

Lahaina dusk—
the sound of a flute
drifting out to sea

one bead at a time
counting
on an afterlife

was it the dark
we shared
or the candle

power outage:
everything goes out
but the wind chimes

small as an island

compared to the sea