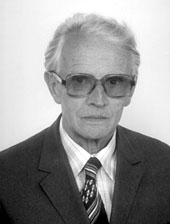 Zvonko Petrović, a retired teacher and one of the haiku "veterans" in Croatia, was born in Zagreb on 28 November 1925. With Vladimir Devidé, he started the journal Haiku which was printed in Varaždin, and was its first editor in chief from 1977 through 1981. The journal was probably one of the earliest European journals specialized for haiku and is considered to be the foundation of Croatian haiku poetry. This haiku magazine was an integral part of the basis of Croatian haiku society and was very well evaluated by William J. Higginson in his The Haiku Handbook.

Zvonko Petrović was represented in numerous anthologies of haiku poetry home and abroad. He was the selector at domestic haiku contests. He also took part in Croatian haiku festivals and published in journals, miscellanies and magazines for haiku. Besides haiku, he also published a satirical novel, a book of rengas in co-authorship with Vladimir Devidé and Tomislav Maretić, and a collection of poetry, prose and haiku. He was the author of numerous essays and book reviews. He died on 28 April 2009 in Varaždin, Croatia.

On Ito-En haiku contest in years 1991, 1992, 1993, and 1994 he received high awards and a letter expressing gratitude from the Croatian Ambassador in Tokyo for the promotion of the Republic of Croatia in the World.

Some of Petrović's work was selected for inclusion in Four Seasons [Haiku Anthology Classified by Season Words in English and Japanese, edited by Koko Kato] (Ko Poetry Association, 1991).

In 2004, Petrović received the Ludbreg Column of Haiku Poets, a yearly travelling recognition which has been awarded at Ludbreg Haiku Meetings since 2003.

Some of his work was recently included on the Haiku Society of America's "Haiku Wall" at the Liberty Theatre Gallery in Bend, Oregon (June 3-5, 2011).

Kažiprstom u trenutak pogleda [With the Forefinger into a Moment of a Gaze] (1987).

Besides haiku, he published a satirical novel, Veliki miljenik građana /The Citizen’s Favorite/(1969); book of rengas in 1995 in co-authorship with Vladimir Devidé and Tomislav Maretić; the sonnet wreath Obgrljeni sudbinom /Embraced with the Destiny/(1998), dedicated to his late wife Marija.

He also published a collection of poetry, prose and haiku, Impulsi mašte i zbilje [The Impulses of Imagination and Reality] (2002) and Usputne zabilješke - aforizmi /Casual Notes – Aphorisms/ (2007).

a cow under the branches

a sparrow rocks itself

into a pond and cracked

the moon and the stars