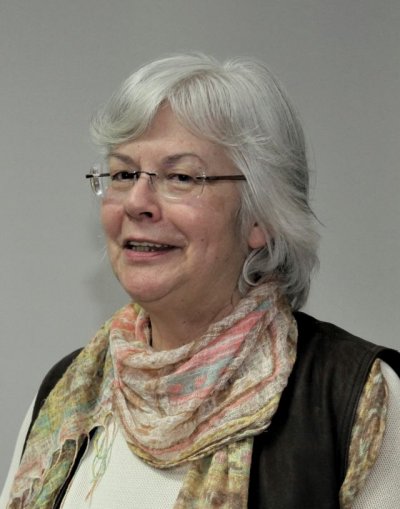 Vida Pust Škrgulja was born in Ljubljana, Slovenia in 1952. She graduated in Latin and History of Art from the Department of Philosophy at University of Zagreb, and spent her working years as a teacher of Latin and Arts in high schools in the towns of Ivanić-Grad and Križ, Croatia. Beside her teaching career and family, being a mother of four daughters, she spent her time on a number of activities, promoting arts and culture. By founding the association Amici hereditatis (Prijatelji baštine; Friends of heritage) in Ivanić-Grad, she started the process of founding the first museum in this town and was its first director. Through the decades she set up a number of exhibitions for local artists.

Škrgulja started writing haiku in the 1970s and was among the first haijin in Ivanić-Grad.

In 2003 together with Djurdja Vukelić Rožić and Stepan Rožić they inaugurated the Kloštar Ivanić Haiku Meetings (Kloštar Ivanić haiku susreti) and later in 2006 also founded the Haiku Association “Three Rivers” in Ivanić-Grad. Vida Pust Škrgulja was on the editorial board of the magazine IRIS and a judge for haiku and haiga contests. She wrote haiku in Croatian, Slovenian, Latin and English, and her work was featured in numerous miscellanies, anthologies and journals in Croatia, Slovenia, United Kingdom, USA and Japan. She has won several national and international awards as well. Vida Pust Škrgulja was bestowed Lifetime Achievement Award by the town of Ivanić-Grad in 2007. She died in Ivanić-Grad, Croatia in 2021.

Some awards and honours:

the children's laugh
crept into
the guitar on the wall

starless night
in one of the windows
flickering candle-light

evening fatigue
scattered in the gaze ...
a starry sky

(To the memory of Vladimir Devidé, the Kloštar Ivanić Joint Haiku Collection, Croatia, 2011)

in the drawer of
an old sewing machine
my grandson's treasure

Haiku translated by the author.

This profile was created in collaboration with Djurdja Vukelić-Rožić and Zdenko Vanjek, who took the photograph. We appreciate their invaluable help in preparing Vida Pust Škrgulja’s biography.