‘Haiku: a minimalist poem inspired by human interaction with nature.’ 7/3/2012

Universal ‘power’, on rereading my earlier interpretation, seems to over-egg the influence of the genre. However, a haiku written by a poet in the Northern Hemisphere should resonate with someone whose world view has been formed in the Southern Hemisphere. Ideally an element of universality is projected through the imagistic language of a captured moment in time.

Brevity is a key fundamental. It has been said that the poem should be able to be recited in one breath. The writer should eschew poetic tools such as simile, metaphor, rhyme, anthropomorphism, personification or abstract images and language. In a satisfying haiku we can smell the sea, feel the cold of the frost under our feet, without being explicitly told.

As in this monostich:

and the 3-line haiku

The importance of kigo can be problematic when one lives on the driest inhabited continent on the planet. Seasonal differences are often measured only by the ‘wet’ or the ‘dry’. The ecosystems and biodiversity are dissimilar from those in other parts of the world:

(Cynthia Rowe - published Shamrock #12)
‘billabong –’* which has no kigo, was inspired by a boat trip on Yellow Waters Billabong: the wetlands at sunset, waterlilies, colourful birdlife including the Jabiru (Black-necked Stork) and the gleam of crocodile eyes in the murky water. In this instance both crocodile and tourist are doing the watching. Each is sizing the other up as the potential victim. The handbag, or the meal.

Fragment and Phrase theory helps in avoiding disconnected ‘lists’. (Nonetheless, some experienced haijin write satisfying haiku in one unbroken sentence: tweaking the rules can produce work above the ordinary.) The following haiku uses a fragment to set the scene followed by a phrase describing the scene:

(Cynthia Rowe - published Notes From the Gean #5 2:1)
‘country market’, a senryu (haiku concerned with human foibles) was inspired by a visit to the Eumundi Markets and the incongruity of a musician in an indigenous band playing an electrified didgeridoo. The musician, whose instrument, the didgeridoo, is the world’s oldest dating back 40,000 years, is reaching across to embrace a creation of the invader who devastated his way of life only a relatively short 200 years ago.

Juxtaposition can be a useful tool to make a point:

(Cynthia Rowe - published The Heron’s Nest Vol XII (3))
With the sudden darkening of the sky in the afternoon, the birds settle while the cat awakes, as it would at nightfall, preparing to go outside and hunt down its prey. Both the birds and the cat are thrown into confusion by the rare event of a solar eclipse.

Another example of juxtaposition:

new year kiss –
a pall of gunpowder
hangs over laughter

Coming from the viewpoint of a novelist, haiku shows the effectiveness of concision, of avoiding the over-write, of steering clear of a superfluity of adjectives and adverbs, and embracing the power of the implied. Ultimately, guidelines only help to a certain extent. It’s up to each poet, each writer, to find his/her way through trial and error, through helpful editors, and hopefully relish the journey. 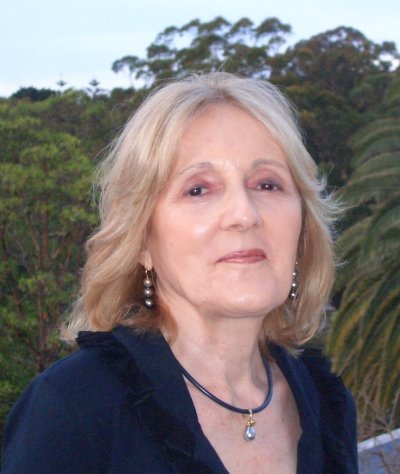 * noun. Australian. A branch of a river forming a backwater or stagnant pool, made by water flowing from the main stream during a flood.
billabong - definition of billabong in English from the Oxford ...
www.oxforddictionaries.com/definition/english/billabong