Haiku: A Poetry Beyond Compare

To define the beautiful is to misunderstand it. — Charles Robert Anon (Fernando Pessoa)

I have said elsewhere that haiku is a poetic art of making connections between words and images in response to the apparent coincidence of internal and external phenomena, however disparate they may appear. They are a celebration of wonder in that which exists in as few words as possible so as not to lose the immediacy of the perceived connection. There is a breathlessness in them in that their impact on the reader strikes in the silence of the held breath following the in-gasp and in the stillness following the ebb tide of exhalation.  It is what is left when words are spent.

For five years now my practice has been little more than placing my feet to fit into the footprints of haiku definitions.  What follows is indicative of my present position.

Haiku is a form of poetry appealing in its brevity yet underestimated because of its very brevity.  While aphorisms, epigrams, definitions, word-pictures, confessions, cryptic riddles, and Hallmark card content may sometimes masquerade as haiku, haiku aspires to be an expression of poetic truth in a manner that sets off resonances at multiple levels in the hearer/reader.

The truth of poetry is to paint the human soul truly: the truth of fiction is to give a true picture of life. 1

The peculiarity of poetry appears to us to lie in the poet's utter unconsciousness of a listener. Poetry is feeling confessing itself to itself in moments of solitude, and embodying itself in symbols which are the nearest possible representations of the feeling in the exact shape in which it exists in the poet's mind.  2

Poetry, accordingly, is the natural fruit of solitude and meditation; eloquence, of intercourse with the world. 3

While haiku is a poetic art, it has significant differences from other poetic forms both in its writing and in its reading.  In Greek mythology the arts and sciences are seen to be inspired by the muses, the nine daughters of Zeus and Mnemosyne (personification of memories, dreams, reflections) viz. Calliope (epic poetry), Clio (history), Euterpe (flutes and lyric poetry), Thalia (comedy and pastoral poetry), Melpomene (tragedy), Terpsichore (dance), Erato (love poetry), Polyhymnia (sacred poetry), Urania (astronomy).

The muse of haiku, while she may be related to the other muses, has no name. Her demeanour is Oriental and her strategy is one of suggestion accomplished by techniques of incision and infection.  Unlike western poetry it is a social activity. Like love, haiku does not compare, thus simile and metaphor are rarely present. Haiku are made by bringing things together, not merely to express one thing in terms of another or as mere symbols but because each has unique existence according to the poet's perceptions or conceptions.  The bringing together can, in skilful hands, set off resonances in the manner of a lyre’s string vibrating in response to a tuning fork.

Some of my recently written pieces:

by nightfall
our ever-present
unforeseen

in now our eyes entrance one the other's

my eye skims a river of stars

Some of my recently published pieces:

more equal
than each other
summer clouds  4

moonstruck –
a river wanders off
in a dream  5

in our image the fog of war  6 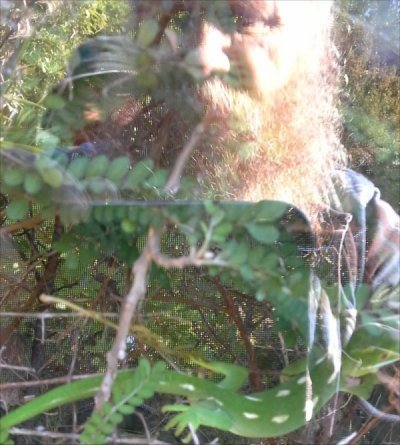 A baby boomer from the tail end of the first half of the 20th century, Hansha Teki has been writing haiku under his haiku persona since early 2011. Among many other international haiku activities, he and US poet Don Baird created the annual Under the Basho haiku journal as well as the Living Haiku Anthology.