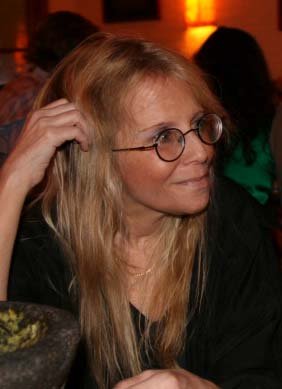 Hortensia Anderson is the author of numerous chapbooks as well as a volume of poetry, Trust (fly-by night press, 1995).  She maintained an interest in renga and other forms of collaborative poetry with other poets around the world and explored paintings by Frido Kahlo and Georgia O'Keeffe via ekphrastic poems.

In her words:
"My creative interest lies in the opportunities for collaborative poetry projects on the internet.  I have been able to work with poets from Europe, Australia, Asia, and from coast to coast in the US.  I currently reside in nyc and on the world wide web."
and
"[Frida Kahlo's] art speaks to me both as a poet and as one living with the most faithful of companions - Pain.  As Kahlo demonstrates so vividly, Pain keeps us on the razor's edge between desperation and inspiration."

Read a selection of her haiku.