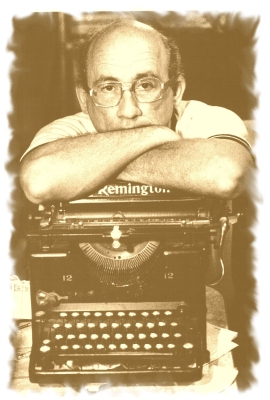 Nick Virgilio was an internationally recognized haiku poet, one of the pioneers of English Language Haiku who played a vital role in popularizing the Japanese style of poetry in the United States. He was born on 28 June 1928 in Camden, New Jersey. After graduating from High School, he served in the Navy during World War II, and then received a Bachelor of Arts degree from Temple University in Philadelphia.

Nick Virgilio discovered haiku in 1962 in a book at the library of Rutgers University. His first published haiku appeared in The American Haiku magazine in 1963, and he wrote thousands, many unpublished, during his career spanning over 20 years. Nick experimented with the haiku form, trying several innovations, including dropping the traditional 5-7-5 syllable format in favour of shorter forms. He even included rhyme in his haiku along with the gritty reality of urban America. He spent countless hours in his cellar at his Remington typewriter, writing haiku about nature, the people of Camden and south Philadelphia, and his family. In particular, he detailed the deep sense of loss that affected him and his family when his youngest brother, Larry, was killed in Vietnam. In his interview on "Radio Times" Nick said: "I try to make my life count for something. We all have these tragic experiences, and life basically is tragic, nobody lives happily ever after. So what I hope to do is to uplift it and bring it into the realm of beauty."

In 1971, he co-directed the First International Haiku Festival in Philadelphia. He helped establish the Walt Whitman Centre for the Arts and Humanities in Camden, and was its Poet in Residence for five years. He was also a long-standing member of the Haiku Society of America.

A collection of Nick’s haiku called Selected Haiku was published in 1985. The second (expanded) edition appeared just months before his death and has been called one of the most influential single-author books in English-language haiku. In 2012 Turtle Light Press published a volume called - Nick Virgilio: A Life in Haiku—that features 30 of Virgilio's classic haiku, 100 previously unpublished poems, two of his essays on the art of haiku, an interview with him on Marty Moss-Coane's WHYY show, "Radio Times", family photos and reproductions of some of his original manuscript pages.

Nick Virgilio died on 3 January 1989, of a heart attack while taping an interview about haiku for the CBS News Nightwatch television program. He was buried at Harleigh Cemetery in Camden where his well-known "Lily" haiku is engraved upon his gravestone:

More of Nick’s haiku and senryu:

evening sun
on the back of the bullfrog:
dragonfly

my dead brother...
hearing his laugh
in my laughter

in the singles’ bar
magnifying loneliness
her thick eye glasses

Thanksgiving alone
ordering eggs and toast
in an undertone