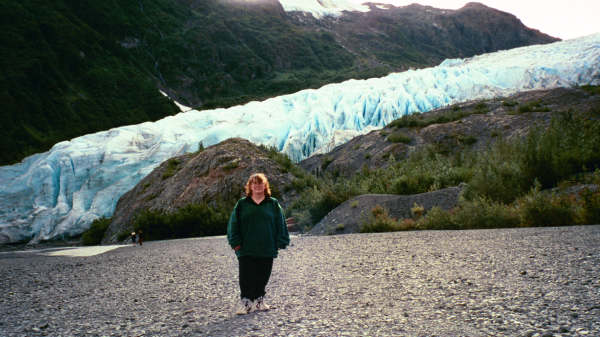 Alaska poet and photographer Cindy Zackowitz was born in Fairbanks, Alaska, on 28 May 1965 and made her home in Anchorage. When not working, she enjoyed long haiku walks. Her other hobbies included cross-stitching, photography, fishing and Tai Chi classes. Her first exposure to haiku was during a study of Japan in Primary School. However Cindy first became seriously involved in writing haiku in 1997 and became a member of several internet mailing lists. Haiku became her way of showing her appreciation for nature and the world around her. From her earliest work Cindy wrote haiku as if it were her second nature. Her style became easily recognizable. Most haiku poets say it took years for them to write quality haiku, but according to the editor of Temps Libre/Free Times there was a striking quality to be found in Cindy's early seemingly effortless efforts:

the sound of rakes
in a neighbour’s yard—
fingernail moon

Living in Alaska meant that she had quite a unique exposure to nature and this could be clearly noticed in her work. She described the North, in a very simple way, with its silences, its coolness, its short summers, its snows and its rains. A "saijiki" is a collection of season words (kigo), references, and inspirations for haiku poets. Please have a look at this Alaska saijiki created by Cindy Zackowitz and Billie Wilson and suggested by William J. Higginson (author of the indispensable Haiku World, An International Poetry Almanac):

Sadly Cindy Zackowitz died at her home in Anchorage on 23 September 2012, at the age of 47.

Some of Cindy’s work:

woodpecker --
the silence when my shadow
touches the tree

gloomy morning--
a worm follows the oil slick
down the gutter

thin ice spread
across the shallows --
a lingering swan

the thin shadow
of a broken street lamp --
winter moon

alone again
counting an odd number
in the skein of geese

whale watching—
a distant cloud rains
into the sea

a mosquito
caught in my hair—
scent of pine