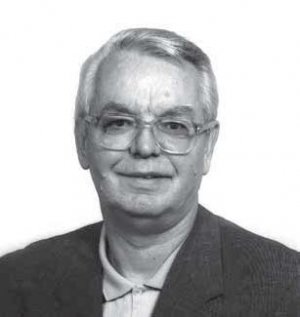 Zdravko Kurnik was born on 2 February 1937 in Travnik, Bosnia. In 1956 he graduated High School in Zagreb, Croatia and studied Theoretical Mathematics at University. Three years after graduation he worked as a high school teacher and at the end of 1963 he started working as an Assistant to the Geometric Institute of Science in Zagreb. Zdravko Kurnik completed his studies in 1968 defending his Master paper entitled "Measurement  Theory contents in non-Euclidean geometry ". He became a university professor and a prominent educator deeply involved in the popularization of mathematics. For over 50 years he was involved in enigmatics and created thousands of riddles. He dealt with crosswords and chess, collaborated in numerous magazines and eventually published five books of aphorisms.

Zdravko Kurnik also wrote haiku poems, which won eight awards in Japan. He was the selector at domestic haiku contests and took part in Croatian haiku festivals and published in journals, miscellanies, and magazines for haiku. He died in Zagreb on 25 July 2010.

Work included on the Haiku Society of America's "Haiku Wall" at the Liberty Theatre Gallery in Bend, Oregon (June 3-5, 2011).

For his aphorismsZdravko Kurnikreceived the Golden Puntine - 2006 at the Festival of Humour in Blato on the island of Korčulain Croatia.

In the clear night

a fisherman pulls in a net

From the old bridge

The shadow of a passer-by

fell in the water

shower has stopped –
the whole village
under the rainbow

In the clear night

a fisherman pulls in a net

sails along a river

A lighthouse at night

the fragrance of lilac

Into a cracked vase
an old woman arranges
the rose buds.