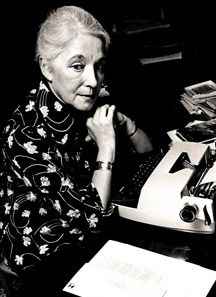 Whatever it takes
to write

haiku
it takes almost
as much of
to read

Elizabeth Searle Lamb was rightfully named the "First Lady of American Haiku" by the prominent poet Father Raymond Roseliep. In 1968 she was among the first people to join the Haiku Society of America and served as an editor to its journal Frogpond for many years.

Elizabeth Lamb was born in Topeka, Kansas on 22 January 1917. She came from a musical family and studied and played harp during her high school years. She graduated from college with a B.A. in literature in 1938 and a Bachelor’s of Music in 1939. When Elizabeth graduated from the University of Kansas she was the first to be awarded a degree in harp from the Music School.

In college Elizabeth Searle played music with a fellow student, a flautist named Bruce Lamb. Soon they began dating and fell in love. They got married in December 1941, and she moved with him to Trinidad, West Indies for two years. Bruce Lamb’s work as a tropical forester meant that the family lived in South and Central America for many years, and Elizabeth could not pursue her musical career. Therefore, she began to write and publish children’s stories, short stories, and spiritual poetry.

In 1961, Lamb and her husband moved to New York. This is where she was first introduced to the art of haiku. She began to study, read, and write about this form of poetry and in 1968 she became a member of the Haiku Society of America (HSA). In 1971, only ten years after she learned of haiku, she became the President of the HSA. Since this time, she has had her work published in many haiku magazines and newspapers. Her work was translated into Japanese, Chinese, Polish, French, Spanish, etc. She has participated in many festivals and held various offices incl. Elizabeth was involved in the establishment of the American Haiku Archives (AHA). She donated her library and papers that became the core of the archives, and was the first Honorary Curator of the AHA (1996–1998).

Elizabeth Lamb has won more than 150 awards in the haiku field among them:

cry of the peacock      the crack in the adobe wall

Six Haiku for The Acequia:

before firstlight
the wild plum blossoms
whiten the dry ditch

from the dead tree
a santero carves St. Francis
there on the ditch bank

half silted under
the dead puppy
after spring run-off

a white horse
drinks from the acequia
blossoming locust

the blind sculptor
his own features
on all the bronzes

his voice
reading his poems
still

flight of the cranes
surely just dream but
this white feather

Most information for this profile has been kindly provided by Charles Trumbull. Charlie, we are very grateful for all your help and dedication!

Some essays on Elizabeth Lamb: