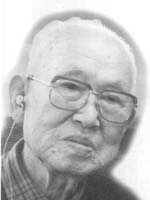 Awano Seiho was born in the province of Nara on 10 February 1899. He started writing haiku as a Middle School student, and in 1917 he became a disciple of Takahama Kyoshi. In 1923 he moved to Osaka. In 1929, he founded Katsuragi monthly haiku magazine and the school of the same name which he directed until 1989, when he was sent to Toge Morita. He converted to Catholicism in 1947. From 1969 to 1988 he travelled extensively and visited many countries in Asia and Europe. Awano Seiho died in Nishinomiya on 22 December 1992.

Modern haiku starts with the 'sketch' form in fairly free style by Masaoka Shiki, who handed down his artistic theories to Takahama Kyoshi, whose literary disciple Awano Seiho became. In 1929 Awano Seiho together with Mizuhara Shuoshi, Yamaguchi Seishi, and Takano Suju formed the famous group "Kyoshi's Four S's" (since all four poets were Kyoshi's disciples and were known by their first names beginning with that letter). Generally speaking, the aim of these new poets was to depict the ordinary things and events of daily life in an impressionistic rather than a formal way. A typical example by Seiho from his 1986 collection Joya ('New Year's Eve') which has something of the quality of the Zen experience known as satori, or spiritual illumination, often brought on by some incongruous happening or association of images is this one:

Seiho wrote simply and directly, without pretentious philosophising. He would often use images taken from Buddhism, presented in a characteristic matter-of-fact way. He wrote as the ordinary man in the street writes haiku. He adopted a humble stance towards the art he devoted his whole life to. On one hand Awano Seiho insisted on the pure-objective shasei. And he advanced "ka cho-fuei (kachoo fuuei 花鳥諷詠)" which means that haiku must center on the nature ( kacho: ka = flower, cho = butterfly : representatives of the nature ). Naturally an objective shasei haiku contains no human emotion. On the other hand, he asserted these haiku must stand on the subjective/personal emotion. So they don't contain emotional words, but must make readers feel about the haijin’s viewpoint and emotion indirectly.

Collections of prose: Haiku no kokoro (The Heart of Haiku, Kadokawa Shoten , 1975) and Shizen fu (The Music of Nature; Hakuya Shobo, 1984). In 1993, Alain Kervern Memugi Fukushima him appear Rain, that of ancient history, bilingual collection of a hundred haiku Seiho Awano composed between 1986 and 1990.

the gold of Golden Pavillion

and only one gate

(Maybe he is visiting one of the famous peony temples of Japan.)

fight in the mud

(This is a play of words with the name of Mutsugoro. Five and ten, a small one and a big one are fighting for a female.)

cramming my mouth with

(getsu-pei, or in Japanese the tsukimi or rice dumplings are eaten during autumn moon-viewing)

I faced a strange night

A white butterfly emerges
In between the stripes of a zebra.