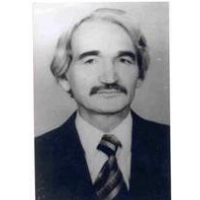 “Slavko Sedlar was one of the pioneers who paved the way for our haiku poetry…  Also, it is not an exaggeration to say that the Serbian haiku poetry contributed more to its culture than the expensive and state-subsidized art”. (Dimitar Anakiev, filmmaker, writer and poet)

Slavko J. Sedlar was born on 7 July 1932 in Jezersko, Bosnia and Herzegovina. During WWII he found himself, like other young Serbs who survived the war, in Vojvodina war orphanages, and afterwards in boarding schools in Vršac, Rijeka, and Belgrade, where he completed his education. In 1980, while attending a haiku seminar held by Aleksandar Nejgebauer, Slavko adopted haiku and started on his haiku journey. Тhe seminar developed into a haiku school organized at the Vršac Literary Community, where Sedlar instructed haiku beginners. In 1982, he started the Yugoslav poetry/haiku marathon of Vršac, to which a haiku contest was added in 1985, the first and, for several years, the only one in the country. Slavko Sedlar was one of the first poets from the former Yugoslavia who began to write, publish, and teach haiku, thus persistently spreading the knowledge about this poetic genre in Serbian language.

Slavko Sedlar died on 24 October 2010. His rich legacy as one of the pioneers of Serbian haiku is a guarantee that this kind of poetry does have a future in the Balkan regions. His work has been published in a number of national and international literary journals, and he is the recipient of many awards and recognitions.

In 1996, Slavko was commended and awarded an honorary membership by The Novi Sad Haiku Club “Аleksandar Nejgebauer” for his exceptional contribution to Yugoslav haiku. His haiku "During milking" [see below] has received many recognitions. For example, in 1987, he was granted the title of “Haiku King of the Week” by Kasuo Sato for that haiku, which was translated into Japanese and published in Mainichi Shimbun, then in Sunday Mainichi and Ko. In 1998, it was included in the Canadian International anthology Haïku sans frontières (Orleans, Ontario), and in 1991 in the Japanese anthology of world haiku poetry Four Seasons edited by Koko Kako.

Slavko is also the recipient of many other commendations, recognitions, and awards, domestic and foreign, such as, more recently:

Every drop
green in the grass
drizzling ...

During milking,
the cow’s tail chases away flies
from the milkmaid, too

Midnight over
The clock goes on tick, ticking
louder and louder“

Seeing me off,
it stays alone in the sky –
autumn moon

Banat village. . .
In front of every house – a bench
and sickle moon

Corn picking –
a gray mouse left
without a silk bed

Two bells strike –
into the summer echo
my thoughts sink

Back from work, holding a flower,
and on her back some
baker’s white fingerprints

A dog growls
at an old man’s smile:
both their teeth are white