“Poetry isn't necessarily a lonely furrow. If you haven't tried writing collaborative verse I urge you to give it a try. Like everything else in life it can sometimes fall flat. But a good experience will be a revelation.”
(From There to Here: Conversations with John E. Carley, by William Sorlien, renku editor –A Hundred Gourds 2:3, June 2013) 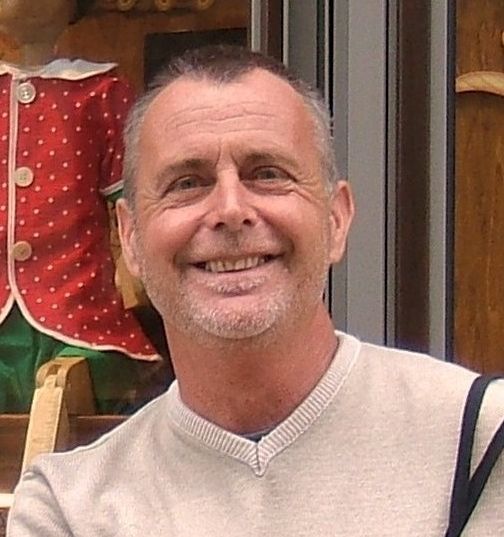 John E. Carley, translator, polyglot, creator of the zip form of haiku, renku master, author of ‘the Little Book of Yotsomunos’ and ‘The Book of Renku’, was born and raised in an Irish Catholic family in the north of England in 1955. He lived in the Pennine Hills of northern England. Discovering poetry helped John to overcome dyslexia in his early years. A former musician John developed a particular interest in the phonic properties of poetry and has written, performed and published a wide range of material in English, Italian, French and Piedmontese as well as literary translations from Urdu, Bangla and, more recently, Japanese. John was inspired by working with William J. Higginson as he always paid a great attention to minor detail. But the figure that made the biggest impression was without a doubt Nobuyuki Yuasa with his 1966 translation of The Narrow Road by Basho. In John’s eyes Yuasa held the keys to the spirit of haikai.

In recent years John’s radical analogue to Japanese teikei (the patterns of rhythm and sound used in poetry), nicknamed the 'zip' style, has earned both dismay and support amongst those specialising in Japanese verse forms in the English language. His love of linked verse saw him invent the four-verse yotsumono, and he celebrated the form with a collection written with several authors, in The Little Book of Yotsumonos (Darlington Richards, 2012). The same publisher is bringing out the hard-copy edition of The Renku Reckoner, John’s life work and taken from his website of the same name.

From 2004 through 2006, John Carley served as renku editor for the haikai journal Simply Haiku and has appeared frequently as an essayist for the World Haiku Review, The Journal of Renga and Renku, as well as in A Hundred Gourds and other journals. His Renku Reckoner was considered to be the most viewed source of renku diagram and aesthetics in the English speaking world.

John has acted as a poem leader (sabaki) for more than a hundred renku sequences, many composed in more than one language. Several have been published in international venues and won awards, including First place in the 2013 Einbond competition.  John’s emphasis lied in that kind of collaborative linked verse composed after the style or in the school of Matsuo Basho – Shomon haikai renga – a distinction he strives to make perfectly clear.

John E. Carley died on New Year’s Eve after a four year battle with mesothelioma. He was a friend, a supporter, and a mentor to so many. The haiku community will be reaping the rewards of his kindness for a long time to come, and his support for renku made him a modern master of the form in English Language Haiku.

There are several articles by John Carley on Basho, renku, kigo and other topics available online at:

slowly I search   a field of flowers

finding nothing   but beauty

my breath distends        the night's meniscus

another leaf      has fallen

(“A Cup of Snow,” written by e-mail in the first months of 2008, is one of the earliest examples of the rokku form in English. The whole renku could be read at http://www.hsa-haiku.org/frogpond/2013-issue36-2/renku.html)

a cup of snow

half gone, the last jar

a faint glow in the sky

the smell of cedar

the leaves begin to fall