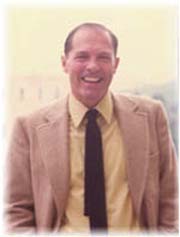 The poet, editor, and psychotherapist H.F. "Tom" Noyes was born in 1918 on a farm in Oregon to which he attributes his love of nature. He attended Yale and Columbia, majoring in Anthropology and Social Psychology. He also studied Developmental Psychology at the Rousseau Institute and the University of Geneva. Immediately after graduation, he served in the U.S. Navy during World War II as an ordnanceman and torpedoman, and then as an ensign in the Scouts and Raiders (U.S.Marines). After the war he obtained a Doctorate in Counselling, as well as training in Gestalt Therapy and Jungian Psychoanalysis. He practiced psychotherapy in New York City for 25 years, retiring in 1970 to live the simple life in Politia, outside Athens, Greece.

Tom’s interest in haiku began through study of R. H. Blyth’s four-volume Haiku. Noyes' work appeared in poetry journals worldwide and in many anthologies, including collections published in the USA, Canada, Slovenia, New Zealand, South Korea, Japan, India, Romania, Italy, Portugal, Greece, and England. His favourite authors were Thoreau, D.H. Lawrence, and Dostoevsky, and his favourite poets were Frost, Jeffers, Yannis Ritsos, Francis Ponge, the T'ang and Sung Dynasty poets, and the old masters: Basho, Buson, and Issa of Japan. In Modern Haiku (2008, 39:1, p.125) H. F. Noyes wrote: “Re definitions of haiku, I honor Basho’s, ‘Do not follow in the footsteps of the ancients. Seek what they sought.’ If they could speak from beyond the grave, Basho, Buson and Issa would caution that a haiku is not a product of mind, but of heartmind. The most precious ingredient in a haiku that ingratiates itself with us is likely to be spontaneity . . . an unselfconscious catching of the haiku spirit as it flies. The depth reflected is chiefly through afterthought in readers’ minds. The writer is content to convey a sense of wonder.”

The American poet and editor wrote prolifically all of his life until his death sometime in April 2010.

He did not use e-mail, preferring to correspond often with other poets through handwritten letters and notes. He is perhaps best known for his "favourite haiku" pieces which he published occasionally in many places and later gathered into five volumes. His thoughts on the ethos of haiku have informed virtually every one of the first two generations of haiku poets working in English, and his influence, though subtle, remains pervasive. "The truth is that readers require not so much to be informed as to be reminded. Haiku remind us that life is ever new, and of what compelling interest the everyday can provide."  (H. F. Noyes - Haiku Canada Review Vol. 6, Feb. 2012, No. 1, pg. 22)

Some of Noyes’ awards and other honours:

the geese fly off...
and now it comes to me
that I am still here

face turned up
into finch song
scent of rain

deepening autumn—
soundless drift of leaves
against the boathouse

homeless beggar—
the itch of his clothes
all down my spine

morning stroll–
unshared thoughts float off
with the withered leaves

spiral nebulae
through the telescope's site—
longing to love

moonlit snowflakes
floating into the cage
of the silver fox

spring cleaning―
your head-mark on the wall
small comfort now

(raking aside leaves: a posthumous collection of the haiku of H. F. Noyes, (Red Moon Press, 2011)

(Autobiography notes from the inside front cover of My Rain, My Moon by H. F. Noyes, London: Parkway Group, 1981.)

More of the author’s work: