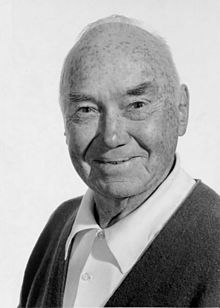 The American artist, poet, and author Paul Reps is considered as one of America's first haiku poets.

Paul was born on 15 September 1895 in Iowa, USA. During the 1930’s he went to India, China and Japan and studied with the teachers of the Orient. Gradually he assimilated the wisdom of the East and began to distribute it to the West in a most unique fashion. After his first haiku book More Power to You—Poems everyone Can Make, Preview Publications, Montrose CA, 1939, Paul became best known for his unorthodox haiku-inspired poetry that was published from 1939 onwards. Although Paul divorced himself from many traditional Japanese haiku concepts and rules, he did however retain the spirit of Zen because he was a devout Buddhist and used Japanese materials and methods in composing his haiku and haiga.

Paul Reps was the first to write visual haiku and minimalist haiku which have continued to gain steadily in popularity over the years. The use of bamboo, rice-paper, his sumi ink calligraphic haiga, the brevity and simplicity of his poems, and his love of Buddhism all contributed to his success that appealed to Japanese cultural, aesthetic, and religious sensitivities. In 1952 he had his first exhibition in Japan where his art was widely accepted. Later he often went there in association with the displays of his artwork in galleries and to reaffirm his Buddhist understanding. Reps started doing road shows, exhibiting his pictorial haiku; starting in Kyoto, Osaka, and Tokyo from 1957-1959, then one in Texas in late 1959; New Zealand, Australia, India, Japan, and Mexico in 1960; Pomona, California, in 1961; San Francisco in 1962; Chico, California, and back again in Tokyo, Japan, in 1963; Big Sur, California in 1964, and in later years in Washington, Rome, Honolulu, and perhaps other locations as well.

Paul Reps was a wanderer, with no fixed roots. He regarded the planet as his home. In his life-long movements over the earth, he would stay in various places - Norway, Japan, India, the U.S. and Canada, and then mysteriously move on. In each of these places, he had a "family" of friends who looked out for him, loved him, and grew by the grace of his insightful teachings. Sadly Paul Reps died in Los Angeles on 12 July 1990 shortly before his 95th birthday. Paul’s numerous books and pamphlets contained little pearls of wisdom hidden behind childlike simplicity and through them he managed to touch the lives of many people.

Some of Paul’s haiku:

the rain
oh yes
the rain

Standing
in cool dew
I look at the cloudless sky

suddenly from tree
peach blossoms
how can this be?

How the dust flies!
Shaking my mop
into the sunset 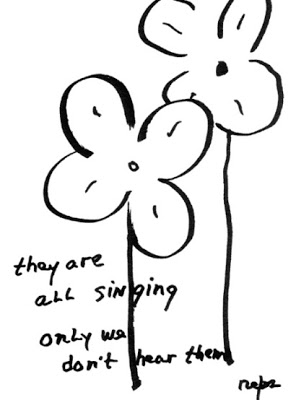 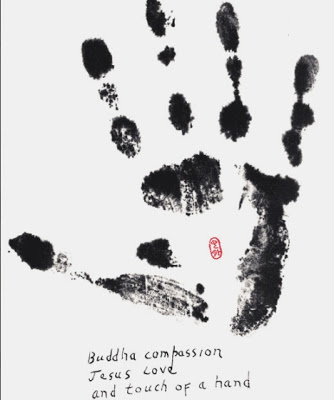