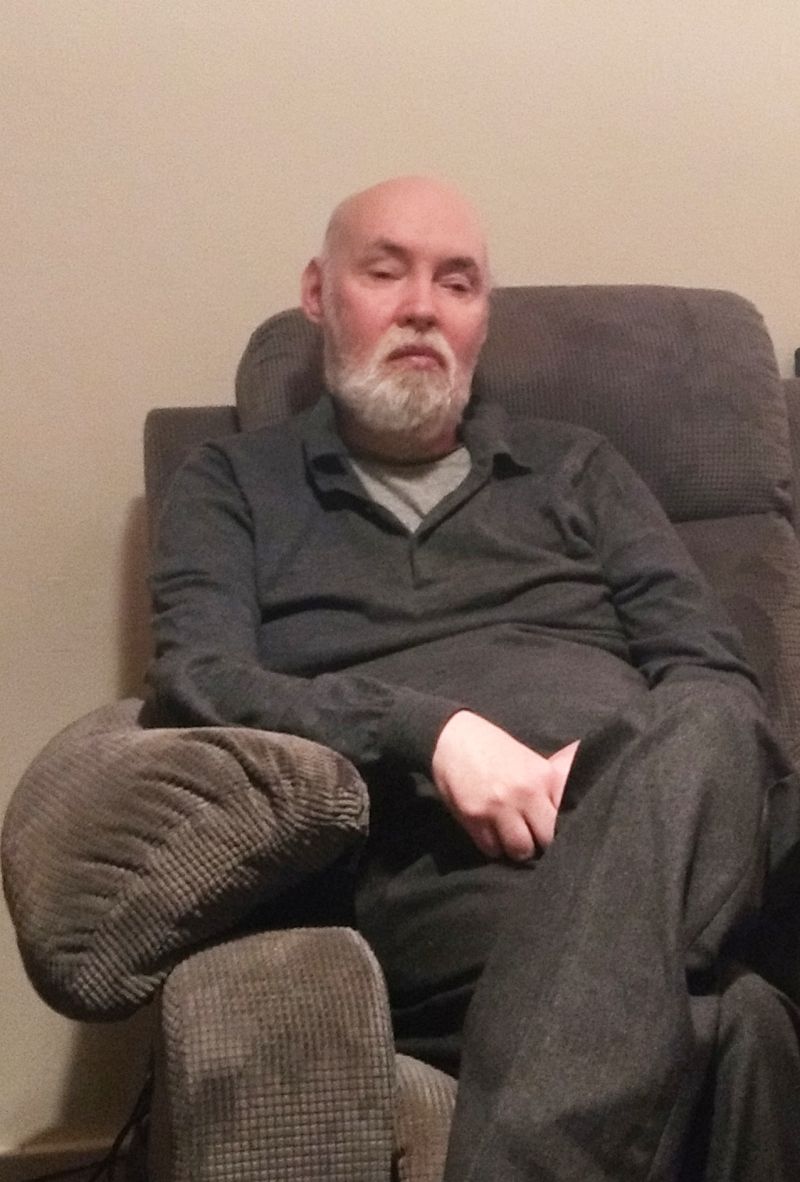 Stuart Quine was born in Helsby, near Runcorn, UK, in 1962 and after working in various fields, including time in a paint factory and studying for a teaching degree, he became an Intensive Care nurse, a vocation he practised until ill-health, in the form of myotonic dystrophy, forced early retirement. Stuart loved travelling and despite visits to Morocco, Japan and Australia, one of his few regrets was that he didn’t travel more. He spent his final years in Sheffield and died on March 24, 2020, from complications arising from the Covid-19 virus.

Steeped in a deep respect for the Japanese haiku and senryu tradition, Stuart Quine was known in the English-language haiku world for his one-line ‘monoku’ style. Within the one line of his haiku, however, he respected and reflected the rhythmic 'three-part' structure of Japanese haiku, as well as such essentially Japanese qualities as ‘karumi’, 'wabi/sabi’, the device – for the rhythm – of the ‘kire' and, sometimes, even a ‘kigo.'

Stuart’s work was published regularly in the journals, including Presence, of which he was, for a time, co-editor, and also appeared in anthologies. He was also a fine writer of haibun.

In spite of having been writing and publishing haiku since 1998 it was not until 2018 that Stuart’s first collection, Sour Pickle was published, by Alba Publishing. This was followed in 2019 by his second, and final, collection, Wild Rhubarb, which was awarded Third Place in the Haiku Society of America’s Merit Book Awards (Leroy & Mildred Kanterman Memorial Award) 2020.

A couple of the selected haiku below appear in these two collections but in a slightly different form, as edited by Stuart. He did a lot of 'fine-tuning' before publication:

like the honed edge of a blade keen is the cold

winter moon a glint of wolf in the mongrel’s eyes

Just a few days before he died, Stuart had emailed the sangha with a customary spring greeting – he always liked to mark the equinoxes – and ended his email with what turned out to be perhaps his final (and unusually for him, three-line) haiku:

Spring equinox –
a brimming bucket
mirror for a star

hidden and unseen the burgeoning life in buds and bellies

snagged in machair a gull feather unzipped by the wind

“Not yet, not yet” says the bubbling beck

under mistletoe on her lips a tang of tamarind

round midnight moonlight playing on the piano hammers

through the haze the headlights of a hearse

lassitude and languor these days without rain

new year’s day only the rain comes to my gate

along the strandline seaspray and sunshimmer in knotted kelp

almost weightless this empty skull that held the robin’s song

We are very grateful to Stuart’s publisher and friend Kim Richardson who wrote this tribute to an amazing poet and master of the monoku!