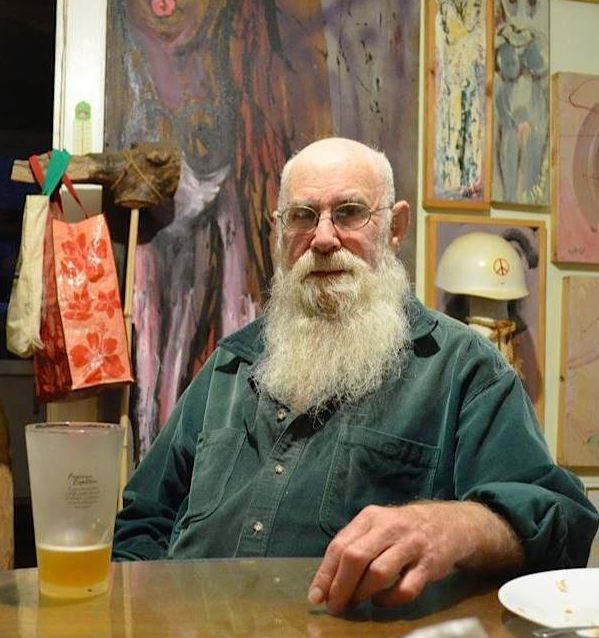 American haiku poet and artist Ed Baker was born in Washington, D.C. on 19 April 1941. He received his BA in English/History from the University of Maryland in 1967 and his MA from Johns Hopkins University in 1971. Ed described himself as being happily divorced, the father of two adult children, and as an "everyday writer," "everyday artist," and "everyword reader," having to his credit over 2500 watercolors, 75,000 poems, and 500 3-d pieces.

Ed Baker’s style of writing and painting is probably best described in a review to Ed’s book Stone Girl E-Pic, where John Mingay writes that the author maintained “an artistic integrity that's pure and traditional... an admirable integrity that's attributable directly to calligraphy, collage and minimalist writing. Though, how could it be otherwise? The electro-mechanical drone of a computer would be hard to reconcile with an artist for whom, 'Everything comes out of silence and goes back into silence'. ”

Wild Orchid
playing
with my mind

Stone Girl
behind a tree
peeing

without warning,
dancing---
some flower!

so
many
frogs
in
one
pond
croaking

full moon
in her garden
peeing

searching the stars
for intelligent life
so little of it here